Looking for the old site?

The Centerpiece of a Collaborative, Creative Culture? Psychological Safety

The Centerpiece of a Collaborative, Creative Culture? Psychological Safety

When I joined Philosophie's New York office, I was part of a three-person design team. According to our titles, we were on an equal playing field. But as the only self-taught designer, I was constantly worried that I was the one with an L on my forehead. Both my peers had previously worked at agencies, where they'd built confidence in their client work.

One day, my co-designer Jamie suggested a team-building exercise called an "anxiety party," something Google Ventures swears by. The idea is that each person writes down and shares what makes him or her anxious and what he or she is most confident in. OK, I thought. It seemed simple enough.

When it was my turn, I shared my insecurity that I was in over my head. Emphatically, my colleagues assured me that I was not only qualified but that I also added value to the team. To my surprise, one area I felt confident in — my client management skills — turned out to be a source of stress for my colleagues.

Through their direct, honest feedback, my peers helped me beat back my anxiety. Not only had I learned how I could improve, but I also felt like a sandbag of self-doubt had been lifted from my shoulders.

Later, when I came across a The New York Times article about high-functioning teams at Google, I realized that what we had created as three designers in that moment years ago was psychological safety.

In a 1999 study referenced by the piece from The New York Times, Harvard Business School professor Amy Edmondson defined psychological safety as the "sense of confidence that the team will not embarrass, reject, or punish someone for speaking up." Underscoring its importance, Google researchers later found that psychological safety matters even more to a team's success than "musts" like setting clear goals and having dependable co-workers.

Of course, you want your teammates to feel secure. But psychological safety can feel elusive. How exactly can you assess it?

Remember, though, that everyone has bad days. If somebody isn't in a good mood one afternoon, that doesn't mean that person is feeling psychologically unsafe overall. Look for patterns. If one of your peers seems consistently uncomfortable, suggest an anxiety party — it really does work.

At Philosophie, our line of work requires us to take risks. But it also requires us to work in fluid teams, which makes it tough to maintain mutual trust and vulnerability. To counteract the effects of intermingling teams, we use several strategies to help us foster safety and catalyze confidence:

Just like one-on-ones with your manager, one-on-one sessions with colleagues help build empathy. If you know your teammates' goals on a project, you can support them, and they can do the same for you. This is also the perfect space for delivering difficult feedback. The bottom line: People who work together need time to get to know one another, and one-on-ones speed up that process.

We've all been in meetings where one person talks and everyone else stares at the ceiling for an hour. Frankly, it's not fun, and it doesn't build trust. If the meeting facilitator gently plays referee, it opens the door to collaboration. Everyone gets a word in without trampling others, and new ideas start flowing. If there's a domineering personality in your brainstorms or retrospectives, enforce time limits on talking points. If that doesn't work, ask everyone to write ideas on sticky notes and share only what's on each note.

Understandably, the priority at work is often what still has to be done rather than what's been accomplished. But that shouldn't mean that accomplishments go unrecognized. Taking the time to celebrate successes reminds your team that you share in the victories as well as the defeats. It makes the good times better and the tough times more bearable. So if your teammates are working against a deadline or tackling particularly difficult tasks, remind them what they do well. When roles reverse, they just might do the same for you.

Don't underestimate the power of these small workplace rituals to create a safe space for failure. Showing that life goes on with post-failure retrospectives (or even celebrations) makes failure seem like just part of the job.

But to foster a sense of security, those interactions require participants to choose acceptance over ridicule. To create an atmosphere where everyone feels free to express themselves, the entire team must buy into a culture of constructive feedback, shared goals, and mutual support. Nothing less can create an engaged, productive, and psychologically safe team. 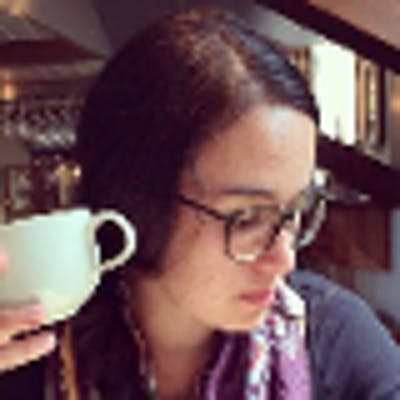 Aliya Marder is a Philosophie designer and our associate director in our new Seattle office. Prior to joining Philosophie, Aliya served as a product designer for Chewse and a UX/UI designer for PennyPop.